The Yuru Kabgyat dance consists of Chams in which the Lamas dance in the form of circles with large colorful masks. This circular movement is often accompanied by drum beats, long pipes and cymbals. The masks are usually made from paper and there is also a thin coat of plaster enveloping it.

The main figures portrayed are the Yama, or the Lord of Death, and Padmasambhava, or the second Buddha, who is also known to be the God of Wealth. He is regarded as a protector of horses and animals including the human race. At Lamayuru, this dance is a renowned dance drama which is held every year during the Yuru Kabgyat festival (held around July –August). This dance drama concludes with sacrificial offerings.

DAY 1: ARRIVE IN LEH.  An early morning flight over the Himalaya to Leh; transfer to hotel for rest acclimatization; and a gentle visit to Shanti Stupa which overlooks the Indus valley. We will be here for the sunset. Overnight in Leh (hotel).

MATHO: Matho Gonpa, around 26km. southeast of Leh is the only Gonpa, which belongs to the Sakya order. Lama Tungpa Dorjay founded it in the 16th century and the Gonpa was named Thupstan-Sharling Choskor. In order to introduce the Monastic community, the king offered religious estates in neighboring villages and the Nag-Rang festival was started, which is held on 14th and 15th day of the Tibetan calendar.

STAKNA: Stakna -- locally known as Tiger’s Nose -- is a small and serene monastery, founded during the reign of King Jamyang Namgyal in 1580. Located on the left bank of Indus River and perched on a hill, it offers amazing and jaw dropping views of the Indus valley.

STOK:  This is a village in the Leh district of Jammu and Kashmir, India. It is located in the Leh tehsil, in the Indus Valley southeast of Leh town. The village is home to the 14th century Stok Monastery, with its 71 feet (22 m) high seated Gautama Buddha statue. It was constructed between 2012–2015 and consecrated by the Dalai Lama on 8 August 2016. Stok's 19th century palace is the current residence of the former royal family of Ladakh. Within the palace, a museum contains the shrine, crown, ceremonial dress and jewelry of the Ladakhi king. Overnight in Leh (hotel) 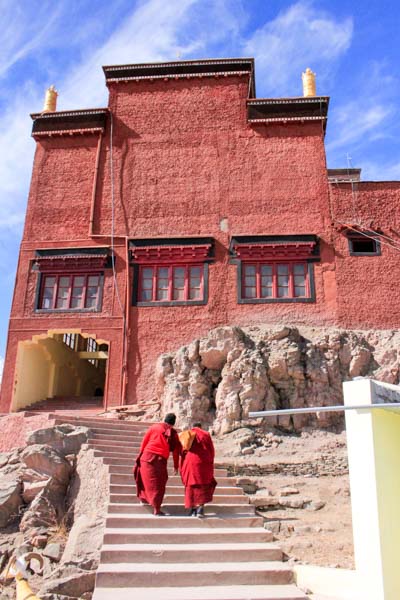 DAY 3: VISIT LAMAYURU AND ATTEND THE FESTIVAL ‘YURU KABGYAT’. The 2-day festival takes place in June in Lamayuru monastery, about 125 kms from Leh. Monks, as at other monastic festivals, perform mask dances. During the festival monks perform prayer and rituals to get rid of the disorder and to attain peace in the world. Overnight in Lamayuru (hotel) 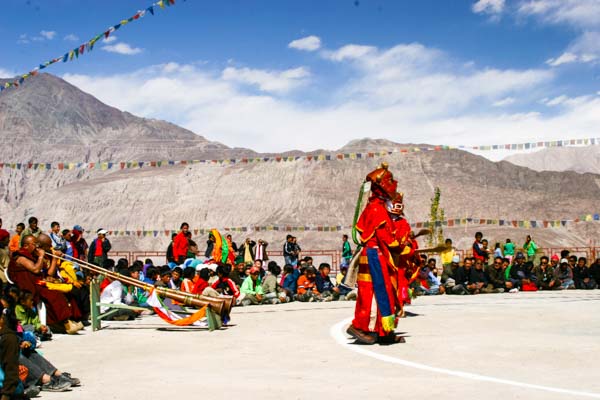 DAY 4:  BACK TO LEH via RIDZONG AND BASGO. After Breakfast you will be going to visit the impressive Ridzong Gompa, reached from the road head after a 30-minute uphill walk. It's an impressive monastery well hidden in the lap of the mountains until you're face to face with it. It is situated on the mountainside wedged in between 2 ends of a ridge. It is about 100 years old and the name means 'mountain fort' aptly describing this isolated gompa. It also has a nunnery of female monks. Its frescoes have been attracting many people over a long time. It is believed to be the oldest in central Ladakh. Next you will visit Basgo Castle, enroute Leh, which is perched atop a hillock and offers stunning views of the surrounding villages. Overnight in Leh. (hotel). 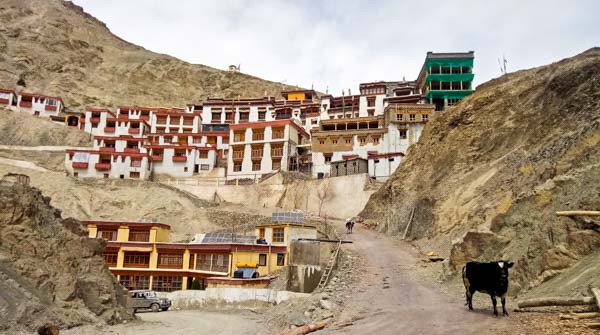 DAY 5:  DRIVE TO NUBRA. To arrive at Nubra valley, you will be passing through the Khardung La (18,380ft/5569 m), the highest motorable road in the world. From the pass, the road descends down a spectacular gorge through the Kardung village and on down to the valley floor where you can opt to camp or stay in the Hotel. In the evening, you will be driven to Diskit and Hundar Monasteries. Further down the river you will head towards the scenic village of Hundar which is the home of pleasant sand dunes and the two-humped Bactrian camel. Camel Safaris are always exciting to try out. Overnight in Nubra (hotel). 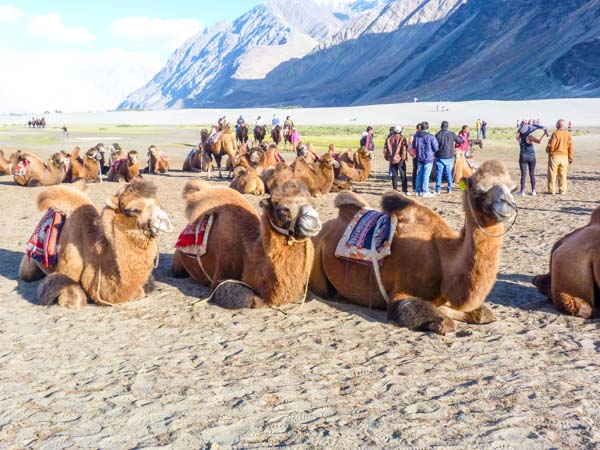 DAY 6: NUBRA –LEH. After the breakfast you will drive back to leh over the Khardung La. Overnight in Leh (hotel). 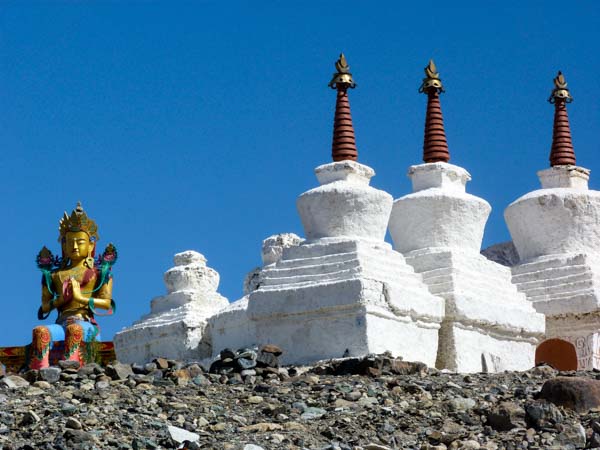 DAY 7: FLY TO DELHI. You will have an early morning transfer to the airport to catch flight for Delhi with sweet memories and love of Ladakh. 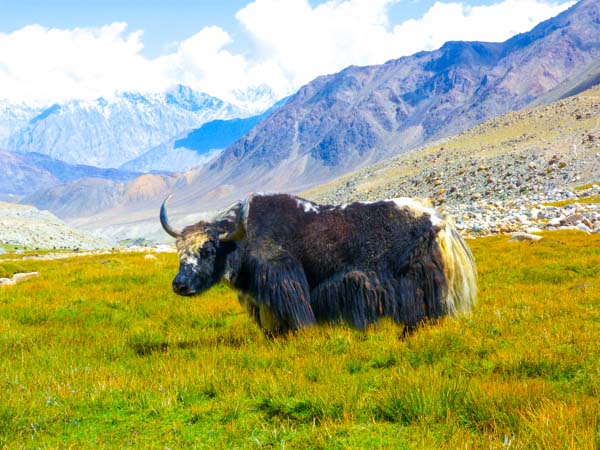