This two-day festival features a series of mask dances by the lamas, both young and old, culminating in the destruction of the Storma (sacrificial offering) on the last day. The colourful masks and fine silk costumes worn by the dancers represent curious guardian divinities of the Drukpa order to which Hemis belongs. The dances depict the magical feats of Padmasambhava in his eight manifestations to defeat the enemies of Buddhism. 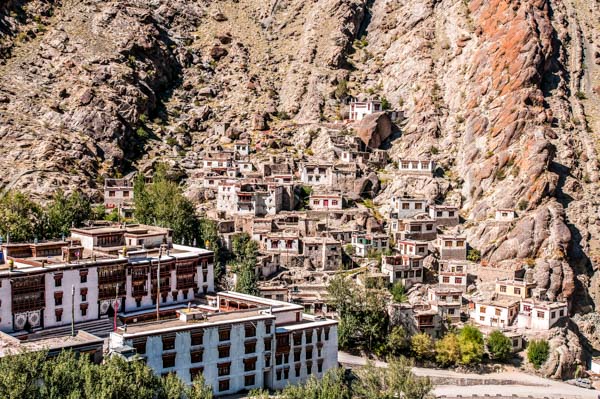 DAY 1: ARRIVAL IN LEH.  Our local representative will receive you at the Leh domestic airport which lies at an altitude of 3500m. The first day in Leh requires you to relax and acclimatize to the high altitude. A gentle orientation walk around the Leh town can be done in the evening if health permits. Overnight in Leh (hotel)

DAY 2: SHANTI STUPA, NAMGYAL TSEMO AND LEH PALACE. Shanti Stupa is a Buddhist white-domed stupa (chorten) on a hilltop in Changspa, Leh district, Ladakh. It was built in 1991 by Japanese Buddhist Bhikshu, Gyomyo Nakamura, and was part of the Peace Pagoda mission. The Shanti Stupa holds the relics of the Buddha at its base, enshrined by the 14th Dalai Lama. The stupa has become a tourist attraction, not only due to its religious significance, but also due to its location, which provides panoramic views of the surrounding landscape. Then we drive to the famous Leh Palace. This is a former royal palace overlooking the Ladakhi Himalayan town of Leh. Modeled on the Potala Palace in Lhasa, Tibet, the palace was built by King Senge Namgyal in the 16th century. It is nine stories high; the upper floors accommodated the royal family, while the lower floors held stables and store rooms. After touring this, you can explore the Leh market. Overnight in Leh (hotel) 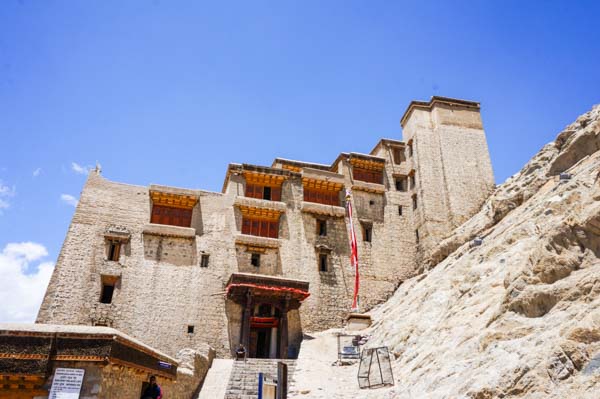 DAY 3: ALCHI, LIKIR AND LAMAYURU. After breakfast, we drive to Likir and visit Likir gompa situated atop a windy cliff overlooking the beautiful village of Likir. The gompa was founded in the 12th Century, although the present construction dates back to the 18th century as the original one was destroyed by fire. In its courtyard is a yellow-coloured 3-story-high mammoth statue of the Lord Buddha, which was constructed by a resident monk. The top floor has an impressive museum containing old thangkas and weapons used many centuries back. Then we drive and cross the River Indus and reach Alchi, Ladakh's most loved monastery. Over a century old, its wall paintings are very similar to those of the Tabo gompa in Spiti, Himachal Pradesh. Unlike other monasteries which are usually on a cliff top or cling to a mountainside, Alchi is at ground level and is nestled in the shade of a garden. Then we drive further just past Khalse and begin a steep climb to the village of Lamayuru. We reach the monastery, perched on top of a steep cliff, in the early afternoon, with plenty of time for a tour. This monastery is the oldest in Ladakh, dating from the 11th century. The monastery is built around a cave where  Naropa lived and meditated. Overnight in Leh (hotel).

DAY 4:  ATTEND HEMIS TESCHU. Performed by Lamas, the Masked Dance is the highlight of the festival. It exemplifies good prevailing over evil. The participants wear vibrant costumes and bright masks. Slow dance movements and fanciful expressions fascinate the onlookers. The music is characteristically marked with sounds of drums, trumpets and cymbals. Every colorful mask portrays a different figure in the legend. The Padmasambhava dance that shows the victory of the ruta demons includes Yama, the God of Death, and Guru Trakpo, the vindicator of all demons. Overnight in Leh (hotel). 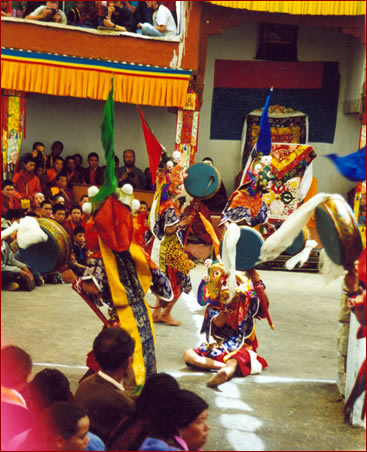 DAY 5:  DRIVE TO NUBRA. To arrive in the Nubra valley, you will be passing through the Khardung La (18,380 ft), the highest motorable road in the world. From the pass, the road descends down a spectacular gorge through the Khardung village and on down to the valley floor where you can opt to camp or stay in a hotel. In the evening, you will be driven to Diskit and Hunder Monasteries. Further down the river you will head towards the scenic village of Hunder which is the home for pleasant sand dunes and the two-humped Bactrian camel. Camel Safaris are always exciting to try out. Overnight in Nubra (hotel) 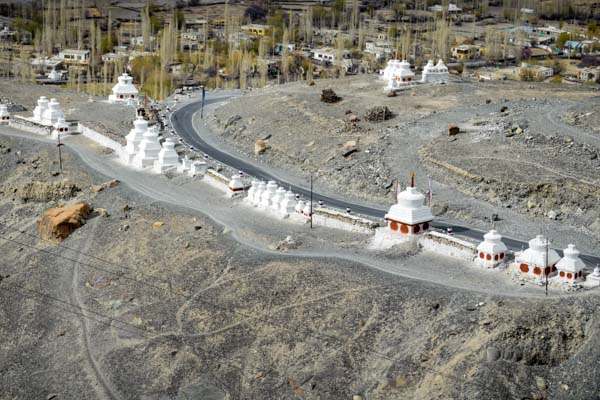 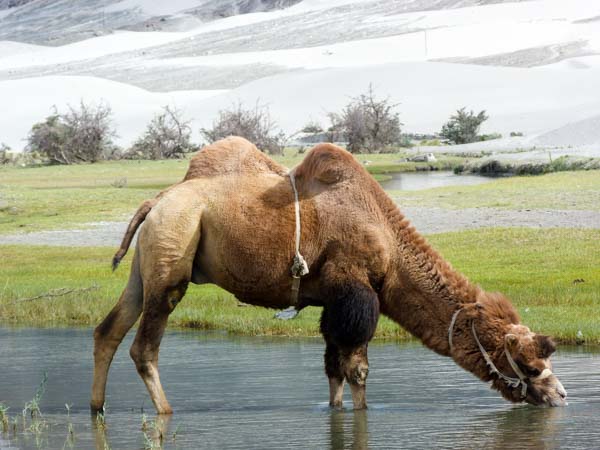 DAY 6: PANGONG. After the breakfast you will drive to Pangong Lake, situated at 14,000ft (4,267m). The lake is a long narrow basin of inland drainage, approx. 6-7km at its widest point and over 135km long. About 1/3 of the Lake falls in India and the remaining part is in Tibet (China). The ever-changing turquoise blue and green colour of this lake can be seen reflecting the image of the mountains of the Chang-Chenmo range to the north. Although being a salt water lake, it freezes completely in winter. The flora, or lack of it, is very unique to Pangong Tso. According to credible reports, the lake is devoid of both micro-vegetation and aquatic life, such as fish and crustaceans. However, the lake is an important breeding ground for migratory birds, including the Bar-headed geese and Brahmini Ducks. Overnight in Pangong (hotel).

DAY 7: PANGONG – LEH. After the breakfast you will drive back to Leh. Enroute you will visit Thiksey  and Shey monasteries. Overnight in Leh (hotel). 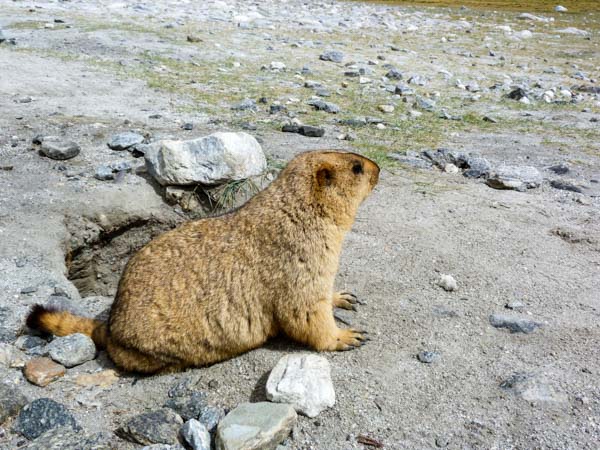 DAY 8: FLY TO DELHI. You will have an early morning transfer to the airport to catch a flight for Delhi with sweet memories and love of Ladakh. 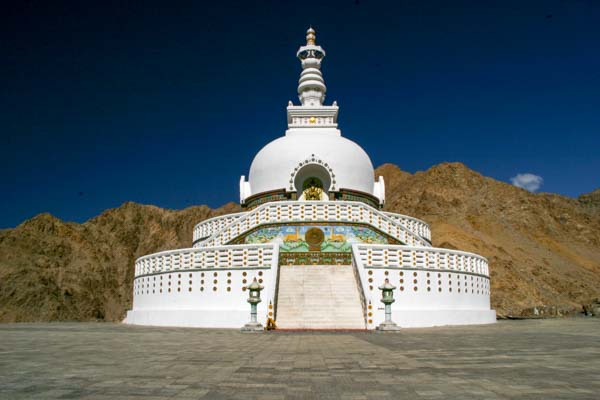