This journey will include some of the major sites where Buddhism flourished in India as we travel though remote areas and bustling bazaars. Vividly painted mud-walled homes stand in stark contrast to vast deserts and chaotic cities. Bejeweled camels and sacred cows amble crookedly alongside cycle-rickshaws and elaborately clad sadhus on spiritual pilgrimage.  This trip offers a rare opportunity to explore a treasure trove of cultural, historical, and spiritual riches - and indeed to see places, through their importance in the life of the Buddha, that shaped the history of the region and the world.

DAY 1: ARRIVE IN DELHI. You will be met upon your arrival and transferred to the hotel. There is an option of sightseeing around Delhi. In the morning, you can visit the Gandhi memorial at Raj Ghat followed by India Gate and the President house. A visit to the Humayun’s tomb, Lotus Temple (closed on Monday) and Qutub Minar can be done in the afternoon. (B)

DAY 2: DELHI –VARANASI. Later in the evening, you will be dropped to the railway station to board the Shivganga Express train 18:25hrs for Varanasi. (B)

Day 3: VARANASI-SARNATH (12 km one way). You will be transferred to the hotel upon your arrival in Varanasi in the morning. On this day, you will visit Sarnath, which is 12kms from Varanasi. It is here where Lord Buddha preached his doctrine of truth to the world. The remains of monasteries dating from the 3rd century B.C. to the 1st century A.D. indicate a thriving monastic community. (B,L,D) 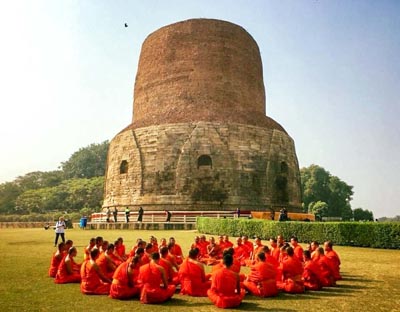 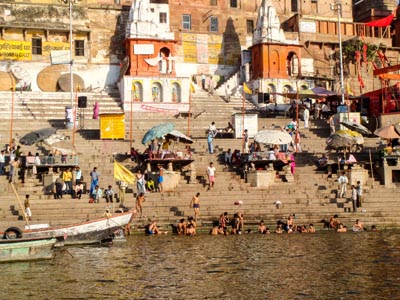 Day 4: VARANASI – BODHGAYA, 8 Hours, 245km. Sunrise on the river Ganges is one of the spectacular sights that you don’t want to miss during your stay in Varanasi. Early morning at 0500hrs, you will take a stunning boat ride on the river Ganges to see the first ray of the sun rising above the horizon. After breakfast, we will drive to Bodhgaya, the place where Lord Buddha attained enlightenment at the young age of 29. The Bodhi Tree under which the Buddha attained enlightenment is still in bloom even today. The Mahabodi Temple, Niranjana River and Sujata village are all within short distances from Bodhgaya which can be visited later in the day. (B,L,D) 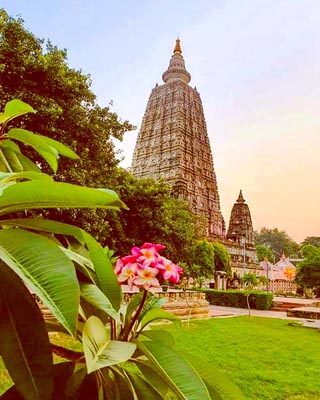 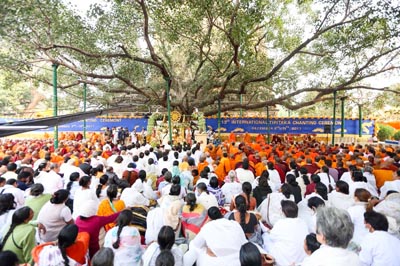 Day 5: BODHGAYA-RAJGIRI-NALANDA-PATNA, 7 hours, 205km. On this day, we will be travelling quite early to Patna with stops at Rajgiri and Nalanda along the way, the two places which have historically played a significant rolein the spread of Buddhism. Rajgiri is associated with the Buddha’s first two disciples, Sariputra and Maudgalyana who were well-known for their intelligence and spiritual power. Nalanda is synonymous with the great Nalanda University which developed as the sole monastic institution. The ruins of Nalanda University are evident of the massive structure of this historical institution. (B,L,D) 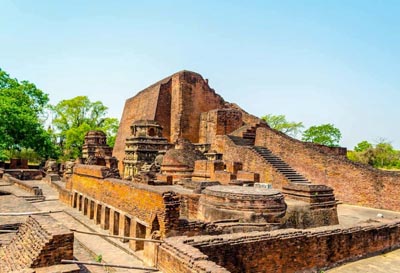 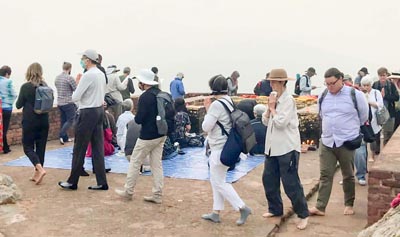 Day 6: PATNA-VAISHALI-KUSHINAGAR, 8 hours, 285km. Vaishali falls on the way to Kushinagar and is situated on the left bank of the Gandak River. It is said that Lord Buddha frequently visited this place and preached his last sermon at Kolhua, close to Vaishali. To commemorate this event, the great Emperor Asoka erected one of his Lion Pillars here in the 3rd century B.C. After the Mahaparinirvana of the Buddha, Vaishali hosted the second Buddhist Council one hundred years later. Two more stupas were erected later to venerate this great event. Kushinagar is a sacred site for Buddhists all over the world as it is the place where Buddha attained Mahaparinirvana. (B,L,D) 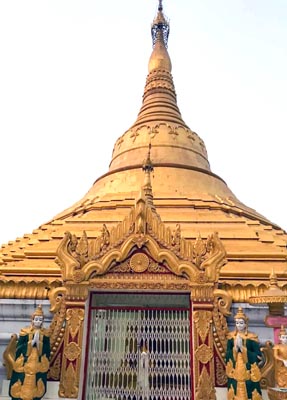 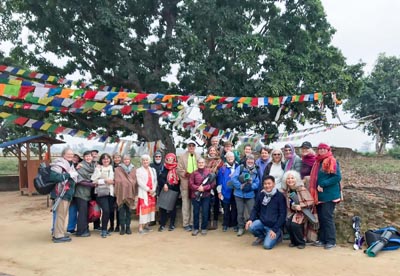 Day 7: KUSHINAGAR- LUMBINI, 4hours, 165km. In the morning, we will visit Nirvana temple and stupa, Mathakuar shrine and Ramabhar stupa before leaving for Lumbini. Located near the Nepal-India border, Lumbini is one of the most significant places for Buddhist pilgrimage as it is the birth place of Prince Siddhartha, the then to be Buddha. You will be transported to the hotel upon your arrival in Lumbini. (B,L,D) 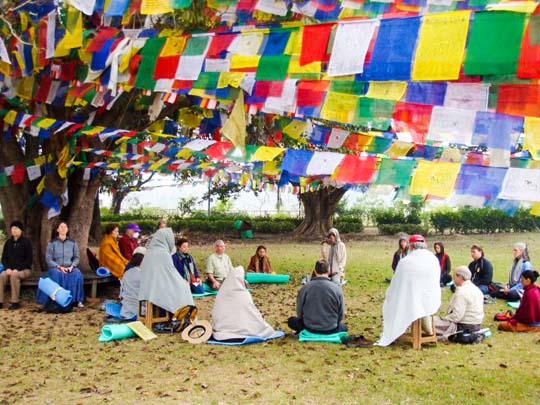 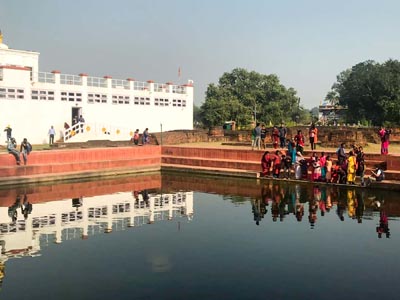 Day 8: LUMBINI-SRAVASTI, 6 hours, 205km. After breakfast, we will visit the Lumbini garden, the Asoka Pillar, Pushkarni- The sacred pool, Sanctum Sanctorum of Lord Buddha’s birthplace and the temple. It is said that the great Emperor Asoka visited the site two centuries after the Buddha’s mahaparinirvana and constructed a Stupa (mound, usually of earth) and a Pillar in his honor. Although largely in ruins now, these remains mark the Buddha’s birthplace. After these visits to the holy sites, we will drive to Sravasti, where Buddha is believed to have spent 24 monsoon seasons. Sravasti was the capital of the kingdom of Kosala and was a prosperous trading centre and centre for religious associations in the 6th century B.C. Overnight stay in hotel. (B,L,D) 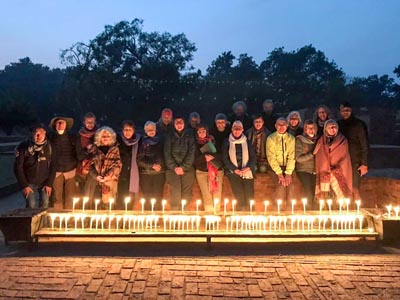 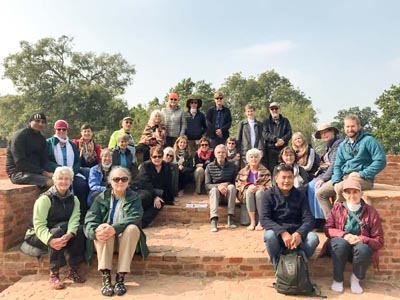 Day 9: SRAVASTI-LUCKNOW, 5 hours, 180km. Post breakfast, you will visit the Shobhanath Temple, Maheth and Saheth before leaving for Lucknow in the afternoon. Overnight stay in hotel. (B,L,D) 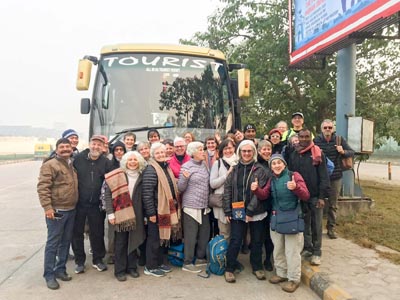 Day 10: LUCKNOW-DELHI, 7 hours. Today you have a guided tour covering the Great Imambara, the residency Alambagh ruins, Dilkusha palace and Secundrebagh. In the evening, you will board the 1535hrs Shatabdi Express train to Delhi. Upon arrival, check in at the hotel in Delhi. (B,L,D)

Day 11: DELHI-AGRA-DELHI, 4 hours (one way), 220km. Agra, the erstwhile capital of India under the great Mughals, is famous for the Taj Mahal. Most of Agra is on the west bank of the River Yamuna with the Agra fort and the Taj Mahal at its nucleus. Upon arrival in Agra, you will be taken for a half-day sightseeing tour of the city, covering the incredible architectural excellence of Taj Mahal, built by Emperor Shah Jahan in the loving memory of his beloved wife Mumtaz Mahal. The Agra Fort was built principally as a military establishment by Akbar in 1565 and is 2.5 km long. The red sandstone of Agra fort was partially converted into a palace during Shah Jahan’s time. In the evening you will drive back to Delhi and stay in hotel. (B,L,D) 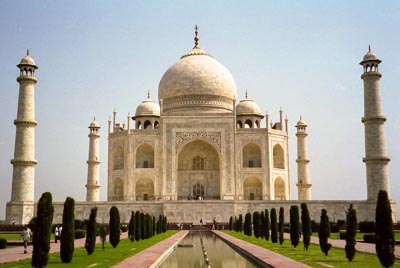 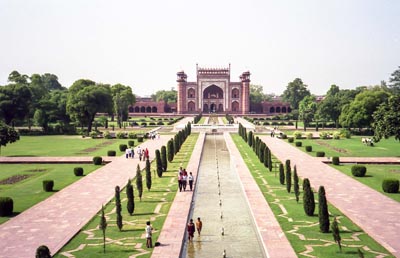 Day 12: FLY BACK HOME. You will be transferred to the airport for your flight back home. (B)